According to the FT, Hugo Chavez decided to nationalize Venezuela's cement industry. Given this, what won't Chavez nationalize? Say you live well in Venezuela, at what point do you decide to take you and your family out of Venezuela?

What's going through Chavez's mind? Is he the only person who can save Venezuela? Is he maintaining a lock on power by removing cash flow to opposition? It would be interesting to hear his internal dialogue to see how he justifies his actions because it seems like he's creating incentives for productive people to leave Venezuela and live someplace else. How long before he declares those people unpatriotic and restricts emigration? 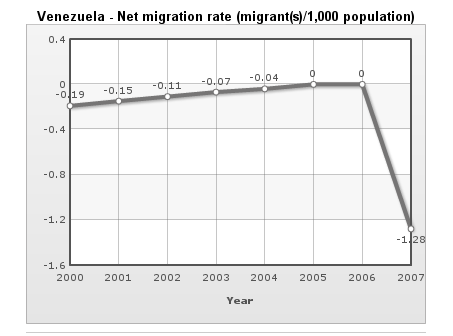 It seems like Venezuela is heading towards a place like old controlled Cuba. The new Cuba just allowed its people to have cellphones.

One year later, we still have net emigration.... 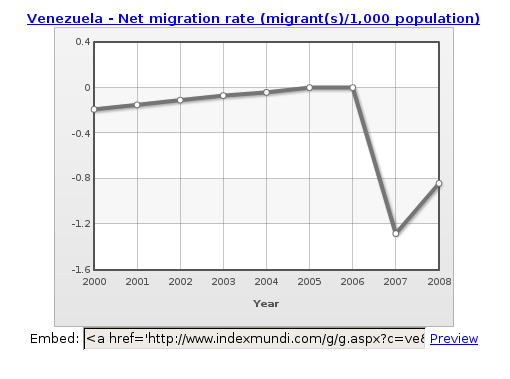 
While charging that the government is trying to curb criticism, the students also used their demonstration to call attention to electricity shortages plaguing much of Venezuela and other pressing domestic problems like double-digit inflation. University students have taken to the streets daily since Sunday, after government pressure led cable TV services to drop Radio Caracas Television International, which has long been a critic of Chavez's socialist policies.
--AP

2011-04-02
Venezuelans are still emigrating, although at a slower pace. With term limits now removed from their Constitution, those who remain will probably have to enjoy Chavez's rule for years, barring any unforeseen accidents. 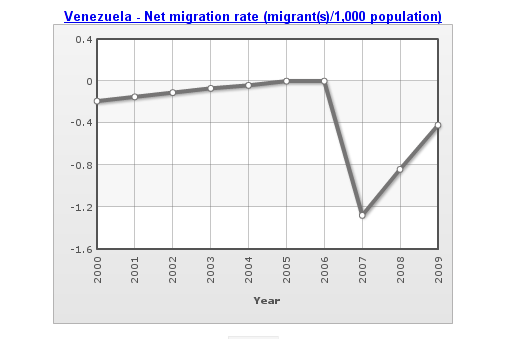