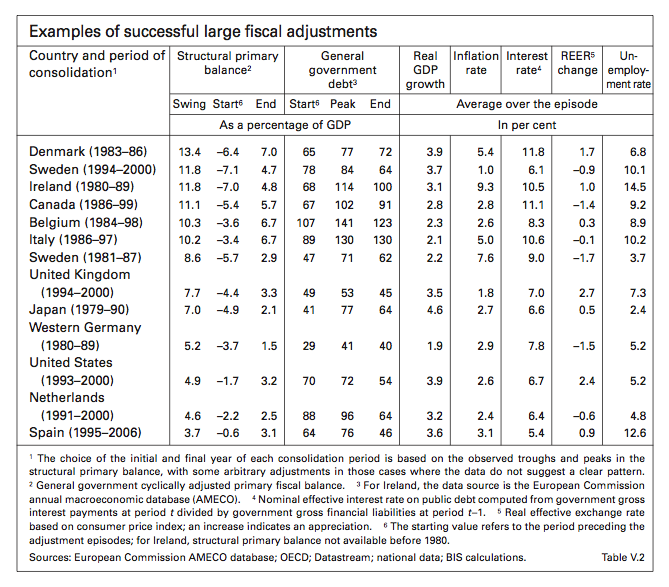 From the Bank for International Settlements' 2010 Annual Report, we are reminded that the US shaved off 16% of its sovereign debt in the 90's. We'll need another similar economic good times, as the current debt load is soaring and credible attempts to remedy this have not yet appeared. 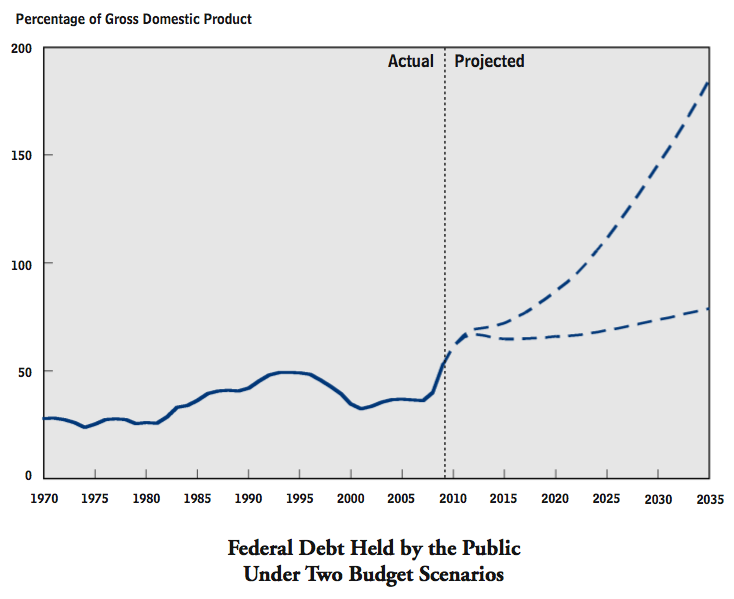 From the Congressional Budget Office's 2010 Long-Term Budget Outlook, we see what lies ahead for the US if business as usual continues (the scary blue line) and with reforms (the less scary blue line).

Given the size of the financial bailout the US / EU financial system has just needed (the jump in debt just prior to the dashed 2010 line), adopting changes that only maintain the current debt structure (the lower blue line) will still cause financial problems. During the next crisis, when the US gov't needs to act as a lender of last resort, it may not be able to do so because it can only borrow money at much higher rates, if at all.

The US gov't desperately needs another 90's. Will it get it?