Amidst the recent market advances, some have wondered why the Fed is keeping rates so low and not raising them. Around the world, many causes for concern vie for our attention: low labor force participation, Europe, oil prices, etc. However, one statistic stands out.

In February, 51 US banks failed. This is far from the zero that we see during good times and probably enough to keep the Fed wary. Since Bernanke's papers on the Great Depression highlighted bank failures as a major cause/concern, what's driving these failures? 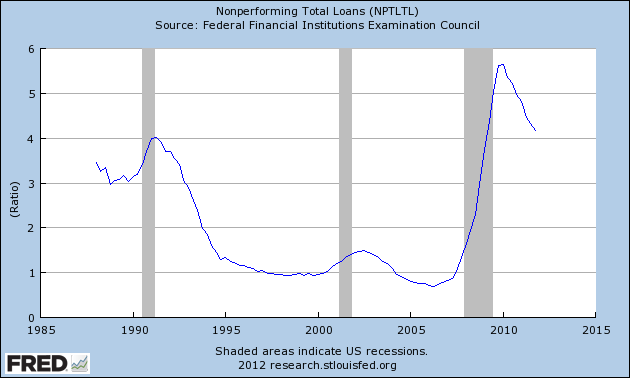 We're only almost equal to the worst of the early 90's recession, and still far from the 1% rate we normally see in good times. Additionally, banking loan officers have recently been tightening lending requirements for corporations, which further constrains the US's economic expansion. While together these data paint a negative picture, the stock market apparently felt differently.

During February, the S&P500 appreciated sharply while The Treasury Fund advanced further while maintaining its lower risk profile. However, all is not well.

TTF is not carrying as much insurance as desired due to the continued high cost of the various downside mitigating investments. Given this, TTF's immediate goal remains the acquisition of insurance.