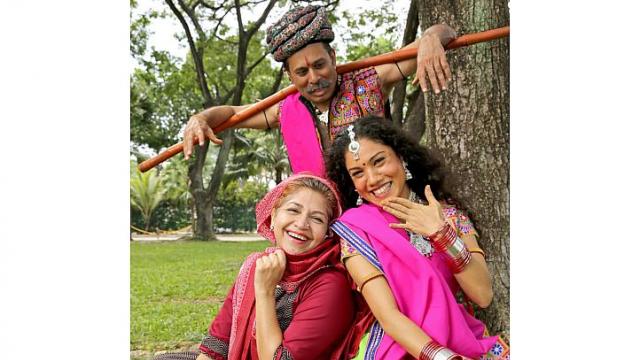 This heavy-hearted comedy with magical elements has a metric ton of sex jokes layered throughout, while depicting an intergenerational cycle of abuse that defines the play's gender relations.

In it, a young woman is kept locked in a house by her new husband, and is only visited by him at lunch when he acts indifferent towards her, and at night when he -- in actuality a shape-shifting king cobra -- then tenderly seeks her love. IRL, there is no king cobra, as people can be two-faced when it comes to love.

Since there's two characters for "the guy" in the play, it seems likely "the girl" has two as well: the first being the bride, and the second being the old woman who beats up on her son and gives the bride help.

The cycle of abuse then unfolds as new husband abuses bride, bride uses magic to reverse power position, thereafter abusing her son, who then abandons her as he's enchanted by another female.

For more information, the Straits Times' review provides a bit more background regarding the story and production.