Despite the falling costs of technological capital (computers, 'net connections), and their increasing global use to produce local technology, we witness public claims to the contrary.

Steve Waldman writes of technology as a resource curse, wherein only a few get very rich, and the rest just get poorer. It seems obvious that a few people have benefit'd vastly from technology. However, is it really the case that widespread technological capital will create a global corrupted regime?

Pessimistic Denialists might say that the global corrupted regime is already here, it just hasn't gotten a lock on the whole globe yet. The more optimistic will look at what people are doing with technology and see echoes of earlier times where technology re-purposing seems badly hack-ish. 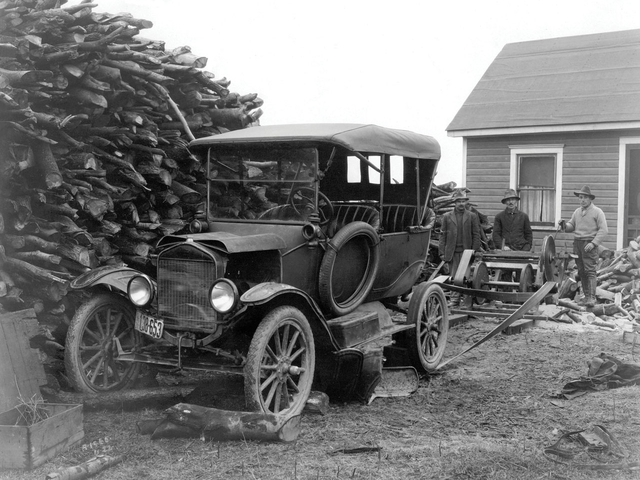 Yet it was incredibly powerful, and fueled the widespread adoption of the gasoline-powered portable engines we today call cars. When the means of production are cheap and readily available, it is very difficult to claim that a "resource curse" in effect.

Granted, the popular images of technology these days does not emphasize this. Facebook for most people is a place where they spend time building relationships, the technology that powers it is locked behind closed doors which we know will never open.

Likewise, Iron Man 3 depicts technology as granted by a demigod to a fawning public. And of the precious few who try to understand what the demigod says, they fall woefully short. This is a far cry from older stories where heroes stole fire from Gods and taught Man how it worked.

Waldman may be right, and we may be on the road to perdition. That said, we're certainly not all there yet, and for those of us who pay attention, we'll likely hack our way out of any modern Hell on Earth.