This Friday I went to the Seattle Startup Weekend. ~100 people showed up for the initial idea percolation, and much was made of Surowiecki's The Wisdom of Crowds and its find the sunken sub (so much for Galton's ox).

Unfortunately, a simple prediction market works only with an identifiable single goal (like guess the weight or find the sub). What happens when you gather a bunch of developers and business types together with a sparse set of ideas? 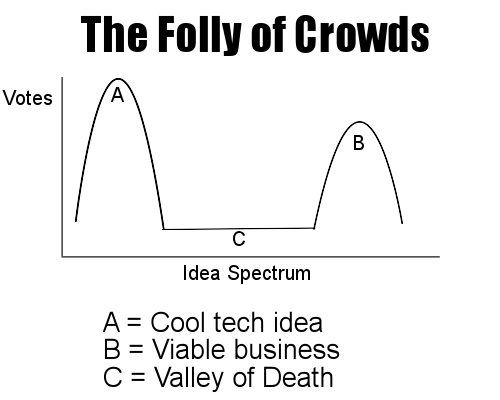