The Treasury Fund weathered the storms of 2011 well as evidenced by our lower volatility relative to the S&P 500. During the depths of the crash in August our options holdings gained, while later in the year, they cost us.

State Of The World

Central banks are playing for time, while their banks recapitalize by paying 0% for money and hopefully receiving some interest on their loans. It is morbidly entertaining to watch governments juggle sovereign debt and banking exposure. While the Euro gets all the attention, poor Hungary has been recreating Thailand of 1997: with a large amount of euro-denominated debt (45% of GDP) and earnings in Hungarian forints, the government cannot devalue its currency without bankrupting a good portion of its citizenry.

While many of the world's banks claw their way back to balance-sheet-sanity, Containerization and Telecommunications continue to push labor prices down for easily transportable products. Governments will probably try to continue defending these positions (France still has 1/5 people working on a farm someplace), however, most of these workers in most places will have to find different jobs. Unfortunately, the efforts of some governments seems to have been just to save up all the adjustment pain so that we could experience it all at once.

Some people recently have pointed to Japan as doing quite well. Japan is facing a total population projected to collapse from ~125 M now to ~85 M in 2060, essentially putting it in the throes of a slow-motion Black Death that will play out over the next 50 years unless it opens to Immigration.

Similarly, totally-drug-resistant tuberculosis has moved from central asia and has now been reported in India. Should TDR TB make its way to sub-saharan Africa, we should see a reversal in the HIV death rates as the current 2 million sub-Saharan deaths will most likely climb rapidly. Worst case would be a fairly rapid die-off of 20 million people out of the 800 million in sub-Saharan Africa.

Across the world, more children are acquiring more education than ever previously. Over their lives they will work hard, achieve much, and the world will have many neat things going.

All at the cost of the environment; the income disparity and hopes of the global educated poor will result in continued pollution of our climate, lands, and oceans. Today, being poor means exposure to malnutrition, disease, and industrial toxins. This will only increase.

"Almost all pollution is local." 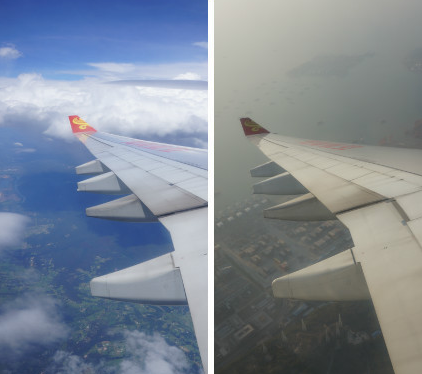